How much would it be worth to you to get the right shade the first time? Dan Read Cosmetics™ has a proven method (98% success rate) that will help you select the correct shade the very first time! Click the link to finally meet your match! 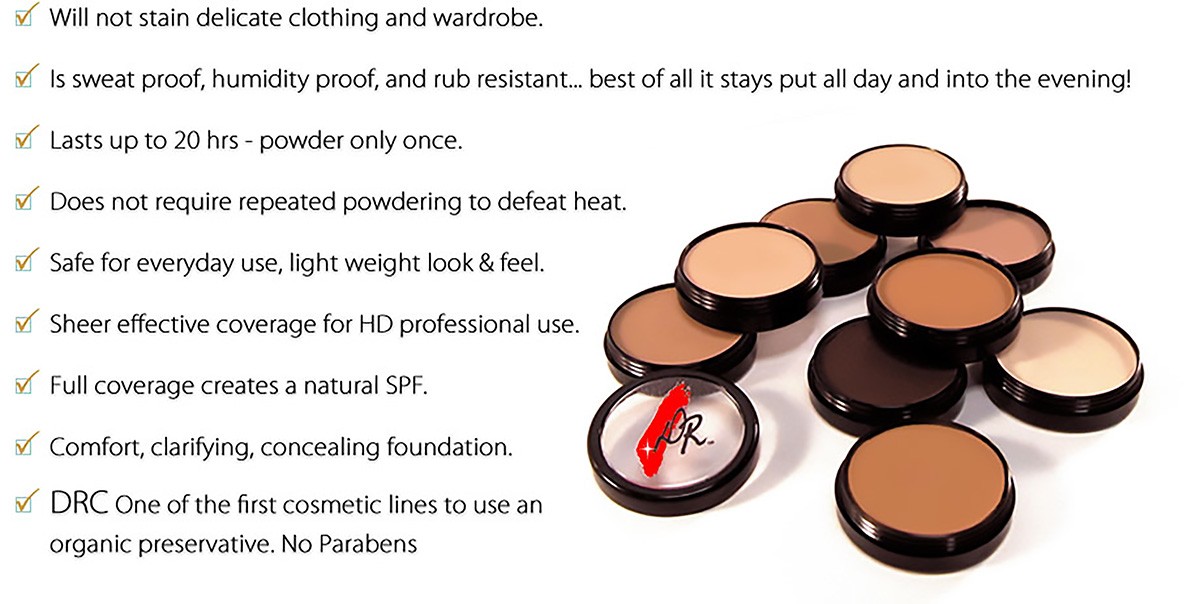 What folks are saying about DRC

I love Dan Read Cosmetics! I started using the product in conjunction with a skin care routine for my acne issues, and I love it. The makeup doesn’t clog my pores and it has helped to clear my skin.Your Content Goes Here

I struggled with self-confidence from an early age.  Not only did the DRC foundation match my skin, it covered my horrible birthmark completely!  I couldn’t believe it.  I emphatically recommend Dan Read Cosmetics!

I’m not a person who spends time putting on makeup. Dan said “ 5 minutes “ he was right. Get’s easier the more I do it. It lasts all day and looks great. Thanks Dan. If you need to be out in the public eye or you’re an entertainer, whatever the case maybe, it’s the make up for you.

DAN my friend, I’ve been using your cosmetics for years now and got blown away today. I buried my cat today in 85 degree humid weather. I was sweating bullets, I mean sweat running down my cheeks! I just kept wiping my face and digging. An hour and a half later I looked in the mirror and it looked like I had fresh makeup on. I double checked with my husband to be sure I wasn’t imagining it, got his approval! I will always love your cosmetics! Never used anything better!

The best I’ve used! I positively love the colors which wear beautifully and Dan makes sure everything is the right fit for each customer.

I struggled matching my skin tone regardless of the different makeup companies. Until I found DRC. Dan is so awesome helping me match my skintone within seconds.  He is truly an artist.

No need for a filter when wearing Dan Read cosmetics! It goes one effortlessly and looks more natural then any other makeup I’ve worn! The biggest factor for me is that it doesn’t come off around my glasses like most makeup does. The eyeshadows are pigmented and beautiful and the blush creates a look of natural beauty. In a world full of makeup options, I choose Dan Read Cosmetics! 😄

Absolutely love the foundation! Matches my fair skin perfectly and lasts through my long restaurant shifts. It’s the only brand of foundation I’ll use now.

I have never been a fan of make up, even being a father of five daughters.  From a personal and professional view, immediately I became a DRC fan.  We had everything go wrong at our wedding, except how beautiful my wife was.  Dan was kind enough to come and provide a professional makeover. I was proud of how she looked and felt on our special day.

Dan, thank you so very much! I am honored to be spokesperson for your amazing cosmetics line. I am so impressed with each and every product in the entire line. It perfectly matches my skin tone and stays on beautifully. With it being Mother’s day I would like to encourage every lady, mother or not to treat yourself to this incredible product, you deserve to look and feel your best.

*All Images are of ACTUAL customers

DRC History is full of exciting stories. When Dan Read, president of a successful cosmetics company providing “makeup for the stars” first heard talk of  High Definition Television (HDTV) in 1994, he thought “we’re in trouble!” Of course, Dan was thinking about the impact High Definition would have on the brilliance and clarity of the HDTV picture. He immediately knew old makeup standards would reveal flaws and facial imperfections that were never before seen with standard TV resolutions.

A lifelong resident of Hollywood, California, Dan began his makeup career in 1979 while studying under the apprenticeship of a legendary Hollywood makeup artist Joe Blasco of Joe Blasco Makeup Centers Hollywood. After eleven years of hard work and collaboration they created one of the top, world-renowned lines of professional makeup for film and television. With Dan’s years of makeup compounding and manufacturing experience, his extensive dealings with movie studios, and as a makeup artist and consultant for theatrical companies and recording artists, Dan has taken this gamut of knowledge and personally formulated his PRO Line.. Silver Screen Series… an innovative New Age High Definition (HDTV) makeup line that combines the studio quality demanded by top professionals and celebrities with the convenience and light weight feel, natural coverage that discriminating consumers worldwide have come to expect.The only animal that Dan Read Cosmetics tests on… is…. DAN READ. Pioneering in HIGH DEFINITION Film & TV Makeup. The first cosmetic line that uses an ORGANIC preservative invented by a DRUMMER!

By developing a unique formula that is produced almost entirely with powdered ingredients rather than oils, Dan Read has created a product that not only meets and exceeds the needs of the Hi-Definition Television and Film industry while offering solutions to all Women and MEN with common makeup needs that is safe for everyday use.

The Dan Read Cosmetics™ Silver Screen Series line of foundations and correctives have been proven to be gentle enough for everyday wear while providing sheer effective coverage for HD professional use. 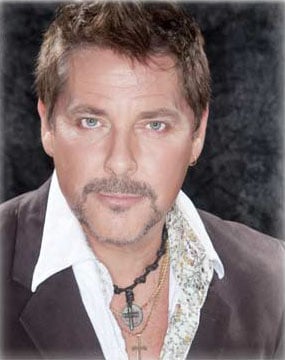